As a writer, there’s nothing better than having a ready fan base, just waiting to read our next book, blog post or other content. If you’ve got fans, you’ve got customers, people who will spread the word about you and a group that will help you decide what to write next.

Jon Bard has some great advice on building a writing fan base and you can see an excerpt from Elite Writer’s Lab interview below. Jon has been helping people market their children’s books for over 26 years and has some great strategies that work, no matter what you’re writing.

John’s Advice for Building a Fan Base

The first thing is what they shouldn’t be doing. We’ve all seen this. It’s become an epidemic. You get onto Facebook, in a Facebook Group or Twitter and they’re just post after post of people slapping their book cover up there, their Amazon Link saying “Buy Now” as if that’s going to work. Right? (Laughs) As if anyone has ever bought a book that way. Yet, people do it because it feels like marketing. They don’t know how to do anything else. So, that’s the first thing. Stop doing that.

You can’t sell something to somebody that doesn’t know you. I don’t care how brilliant you are as a marketer is they don’t know who you are you can’t show up and say buy this and expect them to buy this. They need to know you, know the product, and know you as the author.

In many respects, you are the product.

You guys (to Alice and Ron) I’m sure do a lot of regular marketing type stuff so you understand the idea of building an email list, and of building a relationship with those people once they get on your list and letting them see you as experts and as kindred spirits and authors need to be thinking exactly the same way.

You can’t just show up and throw a book at somebody. You have to
say hey guys, here is who I am, here’s what interest me. I know this interests you, so let’s get together about this.

It’s not so much about me the author; it’s about my common interests with my potential readers.

So, an example I use is let’s say I write books about Vintage Baseball in the 19th century and that’s where my book is set. I’m going to go out just go into baseball groups and start posting pictures of my group and say i write these books here’s where you can buy them. I’m going to instead, participate in those groups, find others who are fascinated by baseball in the 19th century, get together with them talk to them, be one of them, become part of the gang, then start adding value.

Say hey, I’ve written a sample chapter, or a short story I wrote about baseball in 1895…what do you guys think? Do you like it? Now you’re becoming one of them.

Then you start taking a leadership position by offering more value. Offering more things say “hey I created a video” or “check out my google hangout where I’m talking to this baseball historian why don’t you guys come and watch?”

Suddenly you have people who begin to look to you as a leader in this area. You’re building your tribe and I can tell you this — when you release a book there are two ways of doing it.

One you release a book into a world who has no idea who you are.

Two you release a book into a tribe into hundreds of people who already know you and actually are following as you are writing the book. You can even give those updates “hey guys I just finished the 3rd chapter it’s awesome, you guys are going to love it.”

Which is more likely to be successful? Which launch will sell more books?

If you think about what I just described, that’s not “hawking your wares” that wasn’t even really selling a book. It was communicating, it was advocating, it was building a relationship with people who will not just have your back for this book, but will have your back for every book you put out in the future because they’ll be there as you continue growing this tribe.

How to Get the Full Interview:

If you found this tip helpful, we have the full interview available, exclusively to our Elite Writer’s Lab members and the good news is, you can join and get instant access to a huge library of content, just for writers, by clicking here.

You’ll also have access to a huge library of other expert interviews, courses and resources for turning your writing skills into a living.  You’ll love our Quick Start Success Kit that will you publish and market your first book or information product quickly!

Stay Up to Date with the Elite Writer’s Lab Blog 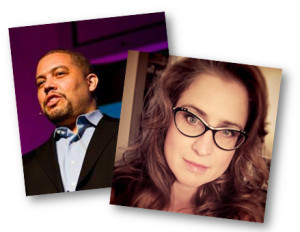 At Elite Writer's Lab, we pride ourselves on providing our members with in-depth tutorials and guidance to help them grow their businesses. We proudly make these tutorials available to you and invite you to join us as a member.

Get Instant Notification of Our New Tutorials

If you'd like to be notified about our new tutorials, just enter your first name and email address below. We'll even send you our downloadable content marketing plan tutorial and worksheet right away.